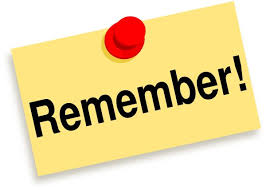 1But on the first day of the week, at early dawn, they came to the tomb, taking the spices that they had prepared.  2They found the stone rolled away from the tomb, 3but when they went in, they did not find the body. 4While they were perplexed about this, suddenly two men in dazzling clothes stood beside them. 5The women were terrified and bowed their faces to the ground, but the men said to them, “Why do you look for the living among the dead? He is not here, but has risen. 6Remember how he told you, while he was still in Galilee, 7that the Son of Man must be handed over to sinners, and be crucified, and on the third day rise again.” 8Then they remembered his words, 9and returning from the tomb, they told all this to the eleven and to all the rest. 10Now it was Mary Magdalene, Joanna, Mary the mother of James, and the other women with them who told this to the apostles. 11But these words seemed to them an idle tale, and they did not believe them. 12But Peter got up and ran to the tomb; stooping and looking in, he saw the linen cloths by themselves; then he went home, amazed at what had happened.

On that Sunday morning after the crucifixion of Jesus, women disciples of Jesus who witnessed Jesus’ death and laying of His body in the tomb came to the tomb to prepare the Lord’s body. To their surprise, they found the stone to the entrance rolled away and His body gone. While they were wondering what had happened to the body, two men in dazzling clothes suddenly appear and tell them that Jesus is not here, but is alive. They run to tell the apostles about this, but the apostles can’t believe them.

Later on the same day, two of Jesus’ followers who were traveling from Jerusalem to Emmaus are discussing what had happened, and a man joins them. The man teaches them about the OT prophesies concerning the Messiah, and suddenly disappears during dinner. Only then do the two remember the things that the stranger said and realized that it was the risen Lord with whom they just spent most of the day. They turn around and hurry back to the apostles to tell them what had happened.

The apostles had heard the reports from the women as well as from the two who were on their way to Emmaus, but they don’t know what to make of it. Even after Jesus suddenly appears to them, they cannot believe that He is alive and fears that what they are seeing is a ghost. They only are able to believe after Jesus reminds them of all the things He told them while He was alive that was going to happen to Him in Jerusalem.

Remembering is often overlooked in the process of faith, but it is very important in the gospels and is confirmed in our experiences. The women believe only after they were prompted by the angels to remember what Jesus had told them. The two men on the way to Emmaus were able to believe only after they remembered the encounter and teachings of the man who just suddenly disappeared. And the apostles were able to believe after Jesus reminded them of all the things He told them about the Son of Man.

Faith does not usually move from promise to fulfillment, but from fulfillment to promise. Often, recognition/understanding comes because of remembering. In other words, the promises in the Bible often go unrecognized as such at the time it is happening. It is only afterward that we remember the words of the Bible and how they apply to what had happened.

That is why it is important for us to keep sharing the story of Jesus. Such sharing may not have any immediate effect on the listeners. However, the time will come when the listener will be reminded of what was shared and then understand.

It is clear that today, both believers and non-believers need God’s love for them. God uses the Bible and His followers to tell the world about Jesus. Often, people will not react positively to what we have to say about God and His promises. Most of the time, non-believers do not come to believe in God’s love at the time they are reading the Bible, or when we are sharing with them (that certainly was the case for me).

However, if we continue to faithfully witness to the world, the Holy Spirit will help us. He will cause the people to remember our words and deeds, and some will come to be saved.

Of course, they cannot remember if we do not share or act. So let us keep studying the Bible so that we can fully appreciate what God has done for us and be able to share it effectively. Let us keep witnessing to our relatives, friends, co-workers, and neighbors about God’s love. Let us keep praying that someday, they will remember and be able to believe.

(this is a summary of the message that was shared at our JCC Worship Zoom session by Shun Takano on Sunday, June 14th)