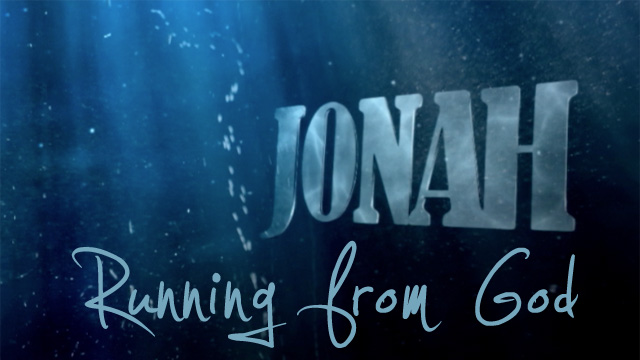 This story takes place after the united kingdom of Israel has divided into two (the southern kingdom became Judah which kept Jerusalem as its capital, and the northern kingdom retained the name Israel and made Samaria its capital), after Solomon’s death. According to 2 Kings 14:25, Jonah was a prophet that served the northern kingdom around 786-746 B.C.   He was from a town called Gath-Hepher, just to the west of Sea of Galilee.

Although Jesus was asked many times for a sign that He was the Messiah, the only sign He would allude to was Jonah. An interesting side note is that Gath-Hepher was located very close to Nazareth, where Jesus grew up.

God took note of the great wickedness of the people of Nineveh, the capital city of Assyria, and commands Jonah to go there immediately and speak out against them. However, instead of following orders, Jonah heads toward Joppa, which is in the opposite direction. He intends to go to Tarshish, which was in Spain, in an attempt to run away from the presence of God.

Jonah definitely is not acting as someone who is in the service of the Lord. Not only does he not obey God’s orders, he is not acting as an ambassador of God’s love. Although he knows that God brought on the supernaturally strong storm out on the sea, he does nothing to try to help those on board. While the sailors are valiantly trying to save the ship by praying to their gods and physically doing all they can, Jonah is sleeping down below. When God made it clear to everyone that the reason for the storm was Jonah’s disobedience, Jonah doesn’t even offer to pray to God, nor to repent. Jonah is more ready to die than to obey God’s orders, at the risk of the lives of everyone else on board. Not a great witness for the Lord.

The sailors realize how powerful Jonah’s God is and realize that there is nothing they can do to save themselves except to appease this God of heaven who made the sea and the dry land. They are horrified that Jonah had brought on God’s displeasure by disobeying such a powerful God. They ask Jonah what needs to be done, and Jonah tells them that they must throw him overboard. The sailors are not willing to do that, so they continue to try to guide the ship to safety, but when they are convinced that there is no other way to save the ship than to throw Jonah overboard, they reluctantly do, but only after praying to God.

So why was Jonah disobeying God? Was it because he was afraid that God would destroy Nineveh and all the people living there? Was he acting out of love and concern like Abraham did, when Abraham was told that God was going to destroy Sodom and Gomorrah? It ends up being the opposite. In chapter 4 of Jonah, Jonah reveals why he disobeyed God. It was because he was afraid that the people of Nineveh would repent and that God would spare them. Jonah would rather that God destroyed Nineveh. He wanted nothing to do with God if He was going to spare Nineveh

To understand where Jonah was coming from, we have to realize that Assyria was an emerging great power in the region, and they were on an expansion plan. They were violent people who would invade countries and scatter the conquered people and have them intermingle so that they would lose their national and cultural identity. In fact, a few decades from when this story takes place, in 722 B.C., Assyria does conquer Israel and destroys it as a nation. They almost succeeded in conquering Jerusalem and Judah, but the southern kingdom was spared for the time being. As a result, the people of God got intermingled with other people and from the eyes of the Chosen People, they became impure and their religion also diverged away from the worship of the true God. That’s why by the time of Jesus, Samaritans were so hated by the Jews.

So from Jonah’s perspective, Nineveh was a danger to God’s people and to the worship of God. Although Israel and Judah had their faults and disobeyed God often throughout their history, they were the Chosen Ones, and they had a special relationship with God. They were loved by God in a special way. So it made no sense to Jonah that God would show love to such godless and wicked people who would end up destroying Israel.

Unbeknownst to the sailors who probably assumed that Jonah drowned, God saves Jonah and we know in chapter 3 that God gives him another chance to obey, and Jonah obeys, albeit reluctantly.

Psalm 139:7-10 7Where can I go from your spirit?  Or where can I flee from your presence? 8If I ascend to heaven, you are there; if I make my bed in Sheol, you are there. 9If I take the wings of the morning and settle at the farthest limits of the sea, 10even there your hand shall lead me, and your right hand shall hold me fast.

But is it a bad thing that we cannot run away from God? It might feel that way when we are planning to disobey God, and that He keeps pursuing us and will not leave us alone. However, this is because He loves us and wants us to repent and obey His commands. God created us to do His good works, and He will not allow us truly to be satisfied unless we are doing so.

In Jonah chapter 2 it tells us how uncomfortable it was for Jonah to be sinking to the depth of the sea and drowning, and how glad he was when God saved him. Let us strive to be obedient to God’s commands, even if we are not fully in agreement with them, lest we find ourselves thrown overboard and be reminded that we cannot escape God.

(the above is a summary of the message shared by Shun Takano on July 12th via our JCC ZOOM worship time.)